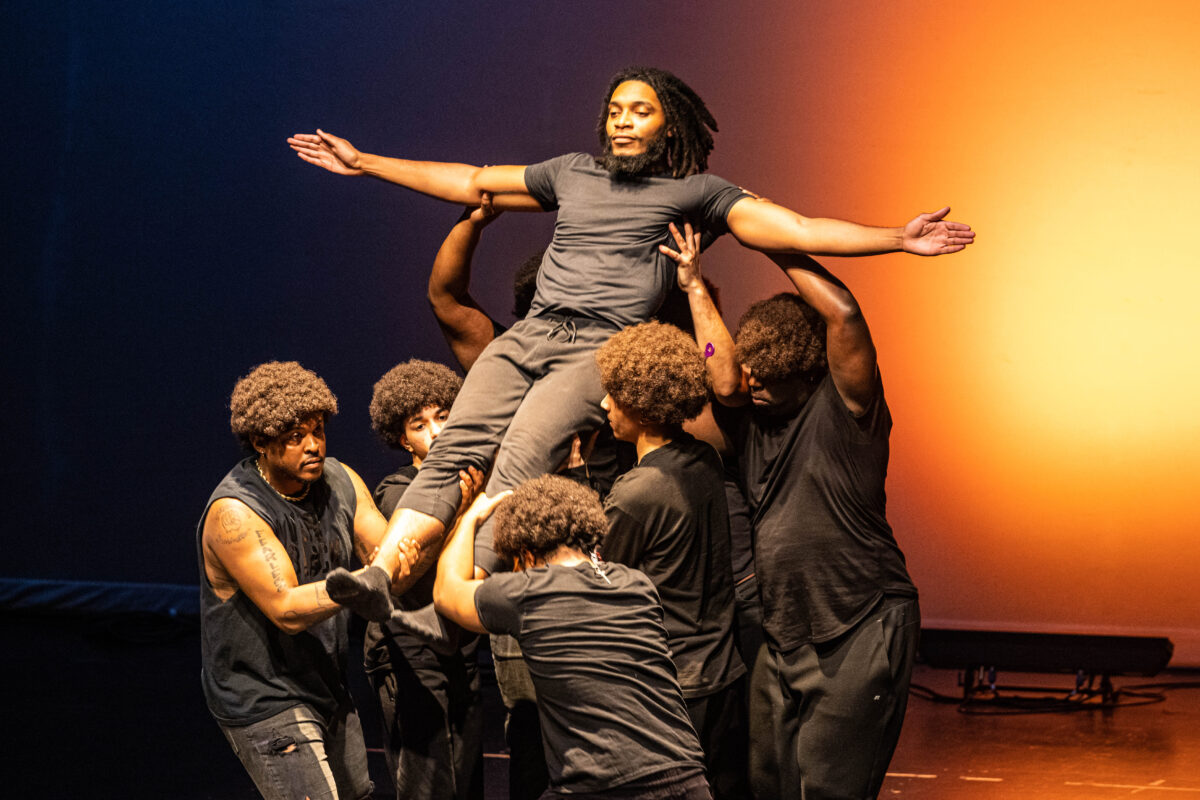 The 15th annual Line Breaks Hip Hop Theater Festival brought together First Wave scholars and alumni for an extraordinary series of free performances on April 1 and 2 at the Overture Center.

Since it was first conceived in 2007, the Line Breaks Festival has become one of the largest hip-hop-centered performance festivals in the Midwest. It continues to be a space for the cultivation and presentation of independent and collaborative work by First Wave artist-scholars. Learn about the First Wave program.

UW–Madison dance students and others got a chance to learn from professional dancers and choreographers in a Moonshine Masterclass, held after the Dance Department’s live performance of Moonshine, a mix of music, theater, dance and poetry.

As a First Wave scholar, Corina Robinson works in the artistic mediums of poetry and spoken word. Robinson continues to create change, art, and communal spaces for Black and brown voices in Madison.

Over the past semester, University of Wisconsin-Madison dance professor Chris Walker worked with freshmen and alumni of First Wave — a scholarship program for hip hop and urban arts — to bring Danez Smith’s poem …