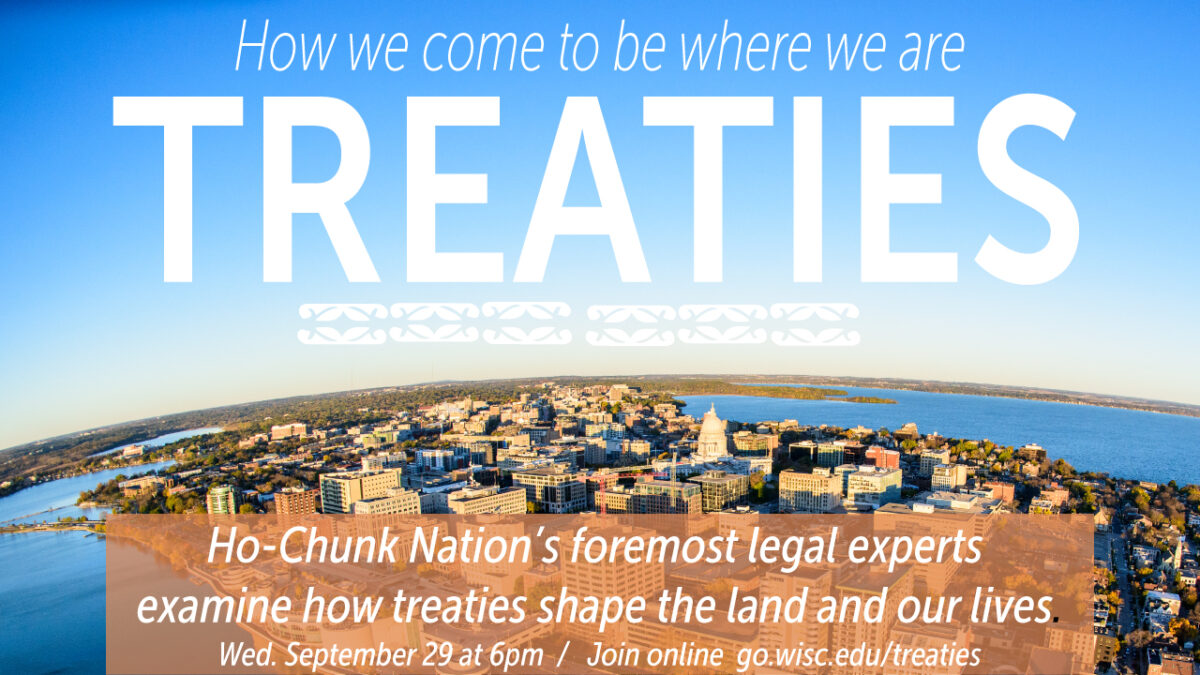 September 15 is Treaty Day in Madison, Wisconsin, marking the day in 1832 when the Ho-Chunk Nation was forced to cede 3 million acres, including Teejop (Four Lakes), to the United States in the aftermath of the Black Hawk War between the Sauk and the U.S.

Four decades of ethnic cleansing followed as the US tried repeatedly, but unsuccessfully, to remove the Ho-Chunk from Wisconsin. But the Ho-Chunk hold this land to be sacred, cherishing and respecting the land and its waters that sing to their community and transform all who listen. Guided by leaders like Wakanjaxeriga (Roaring Thunder) and Hotakawinga (Mary Crane), the Ho-Chunk people could not be broken. Many refused to leave or quickly returned after each removal attempt, and they remain in Teejop to this day.

As a new tradition, the UW–Madison community begins the academic year each September by considering how the Treaty of 1832 informs and shapes our present and shared future. It’s part of the university’s ongoing efforts to strengthening tribal sovereignty, foster respectful and reciprocal partnerships, and seek truth and reconciliation with the Native Nations of Wisconsin.

This month, judges and attorneys from the Ho-Chunk Nation will present a virtual discussion about how treaties shape the land and how our ongoing agreements with the Ho-Chunk Nation are fundamental to daily life here. The event will be streamed live on YouTube at 6 p.m. Central Time on Wednesday, Sept. 29.

For those who want to learn more, the Our Shared Future site includes many educational resources and primary sources about the Treaty of 1832, the Ho-Chunk people’s history in Teejop, and the 12 First Nations of Wisconsin.