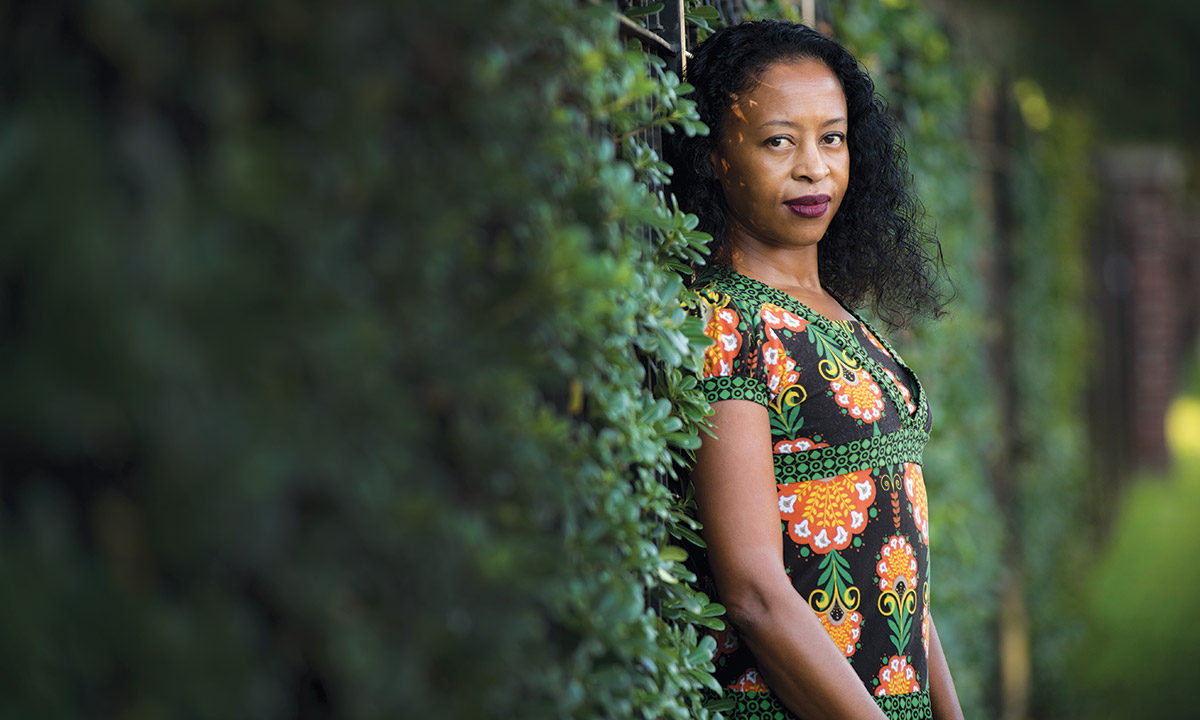 At home in New Orleans, Ladee Hubbard MFA’14 was booked. She had a full-time job as an adjunct lecturer in Africana Studies at Tulane University, a growing family, and a super-powerful calling: to write a novel. Sight unseen, Hubbard moved to Wisconsin with her three children — the youngest then just four months old — for UW–Madison’s creative writing program, where the award-winning author transformed one of her short stories into her debut novel, The Talented Ribkins. Inspired in part by a 1903 essay by W.E.B. DuBois, The Talented Tenth, Hubbard’s book tells the story of an African American family with a catalog of superpowers (think fire-breathing, super strength, telekinesis) and a generations-long fight for social justice.

Tell us about the moment [last fall] when you were a guest on Late Night with Seth Meyers, and the crowd applauded your mention of W.E.B. DuBois, the sociologist who wrote “The Talented Tenth.”

A lot of times I have to explain the reference to people. I think he’s not as well-known as I feel he needs to be. I was happy that people were acknowledging his role. He’s a towering figure in American history. He was not just an African American figure, but really, he’s such an important thinker.

How did your University of Wisconsin experience influence this novel?

I knew I needed to go somewhere and focus, because I have a lot of other responsibilities here in New Orleans. I didn’t have much of [the book] written until I got there, beyond the first draft. If you really want to write a book, you’re going to have to make some changes if you want it to actually happen. I just really wanted to have a chance to immerse myself in writing.

What are you hearing from readers of The Talented Ribkins?

It’s been really gratifying that so many people seem to connect with what I was trying to accomplish with it, because there is a lot going on in the book. It talks about the family dynamic a lot, which I think you can certainly extend to how people interact with each other when they do have a connection. We are one people, in a sense.What do you hope readers will take away from the novel’s themes of politics, history, freedom, and movement?

I talk about self-love a lot and learning to love yourself — also, in the face of all these obstacles, the value of just trying to do the best that you can with what you’ve been given. What I personally find so heroic about [Johnny the Great, a central character in the book who has a gift for making maps of places he’s never seen] is that he keeps trying. I think that’s really important, trying to find new paths — not getting stuck on one way of seeing things, either, but not being afraid to keep trying to make things better.

Published in the Spring 2018 issue of OnWisconsin Magazine