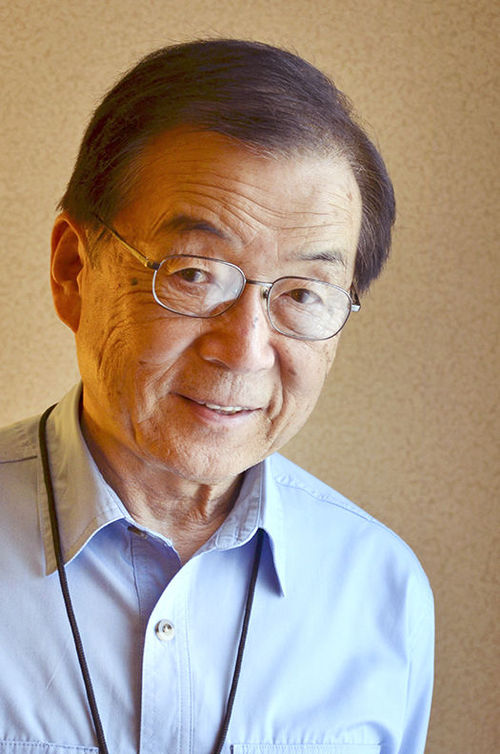 JAPS KEEP MOVING- This is a White Man’s neighborhood.

Those are the words on a World War 2 era photo of a house with a white woman glaring into the camera pointing to a sign that implored “Japs” to keep moving.

Other images portray Japanese “rats” being caught in mouse traps with the slogan Material Conservation on them. There were other posters making fun of the appearance of Japanese people.

It was hysteria at its peak. White was portrayed as right. Posters showed the heroism of joining the fight to eradicate an entire race of people. They weren’t talking about winning the war. They were talking about ridding our great nation of an entire group of people.

Hysteria permeated the United States. Hysteria about the race of others living amongst the true real Americans. What would they do to us? How would they hurt us? How could we be safe from them?

The convenient solution to those questions marked the darkest minutes in a war considered to be America’s finest hour.

Across the United States in the Spring and Summer of 1942 these posters and signs went up everywhere. Uncle Sam pointed as if he were looking directly at you. “We want you” for the United States armed forces they’d say. Young men would get inspired and join the war effort. Children would see them and picture being a G.I.

But for 9-year old Sam Mahira, a boy of Japanese descent living in the San Francisco area, the posters he saw were a little bit different. In his neighborhood posters were put up telling him and everyone in his family that they were not wanted. They were not welcome.

In fact, they would have to leave.

The posters notified all people of Japanese descent to be ready to pack up (one suitcase per person) and be relocated to an undisclosed location.

Mihara will make two presentations on his experience — and on the larger issue of mass incarceration — on Tuesday, July 11: first at Fountain of Life Church on Badger Road at 2 pm and at First Unitarian Society on University Bay Drive at 6pm. The presentations are hosted by Forward Community Investments.

In an interview with Madison365, Mihara said that in 1942 his father had to register his family as being of Japanese descent. He said the United States government used that registration to learn where his and other families lived. A curfew was imposed, their homes were searched, they weren’t allowed to leave their neighborhoods.

“We were removed from our home by armed guards and taken to a temporary camp at a horse racing track,” Mahira said. “Most of the people had to live in horse stalls. I lived in a single room inside a shack on the horse track.”

After several months of living in that shack on a muddy horse racing track, Mihara and his family were moved to a permanent relocation camp called Heart Mountain in Wyoming.

“We were very concerned as to what was going to happen to us,” Mihara said. “Most of the parents were not citizens. They were immigrants. Immigrants who were Asian were not allowed to become citizens. So the parents were very concerned because they didn’t have any rights. I don’t think people had a firm understanding of the Holocaust yet but they were very nervous as to what was going to happen. Would they be taken out and shot? Would they be sent back to Japan?”

Mihara was born in San Francisco and was therefore a United States Citizen whose Constitutional rights were being violated. The same was true of all the children taken to these internment camps.

Mihara said eventually he and the other children were able to have a school, which the adults had been forced to build when the Government declined to. But there was little opportunity for his parents or the other adults to carry on meaningful lives.

On the entire West coast of the United States, anyone who was Japanese was forced to leave the western states. Fear and hysteria were at work again. Because of the sneak attack on Pearl Harbor, many people were afraid that any of “them” could be at work as spies or could commit sabotage.

Meanwhile, the United States plunged into a two-front war fighting Japan in the Pacific and helping the Allies invade Europe to combat the Italians and Germans.

Yet no one of German or Italian descent was forced into relocation or labor camps. Only the Japanese.

It goes without saying that race was a factor. To say folks couldn’t look at someone and be able to tell they were Italian or German in descent does not hold water. Most Americans can’t tell a Japanese person apart from a Chinese person. Or a Hmong person apart from South Korean person.

“The Government had an interesting policy during the war saying you could leave the camp and go east.” Mihara said. “You could not go west. They offered $25 and a train ticket to go east. On the East coast there was a General who decided not to remove Germans and Italians. On the West coast they demanded that all Japanese be removed. Very few people took the opportunity to go out east and seek employment.”

No one wanted to be separated from their family or abandon the places in California and other western states that had been home for so long.

As bad as things were in the camps, Mihara says, things only got worse when they were allowed to come home.

In November of 1945 the Executive order was lifted by the United States Supreme Court, who deemed it unconstitutional. With World War 2 itself effectively over, the prisoners at Heart Mountain were allowed to return home.

“Going home was the toughest part of all,” Mihara said. “The racial hatred built up in the war was awful. They did not want us back in our homes. In a few cases the situation was so bad some people committed suicide. The environment was so bad. Most people could not find jobs because of the racial hatred. A lot of people were forced to sell their homes because of the relocation. There was huge loss of money and value. Life was very, very difficult especially for our parents.”

Every year Mihara and others his age who were prisoners in the camps gather at Heart Mountain to recollect what transpired. They use these annual gatherings to keep alive the memories of what happened and make sure that their children and grandchildren always are aware of the things they went to.

Mihara is travelling the country giving talks about it as well. He sees it as an opportunity not just to educate this generation about one of the worst instances of racism in the nation’s history, but also to fend off future situations.

“You start thinking about others,” Mihara said. “As soon as I started hearing about problems with immigration particularly for Hispanic people and then also for Muslims, I was concerned. The conditions at the places they hold Hispanic undocumented immigrants are worse than the places we were at. I want to make sure our experience isn’t something that’s done again to other people by the Government.”

Mihara says he sees some of the same bubbling racial hatred towards other groups that was directed at the Japanese in World War 2.

“At the current time I think there’s a degree of hysteria against terrorists or to relate a particular race or religious group as being terrorists. I think that is not correct. There needs to be a better solution. They need to work very hard to identify the people who are likely terrorists but don’t go to the extreme of labeling an entire group of people as being terrorists. The bottom line is that I’m concerned that it could happen again to other groups. And hysteria especially is taking over much of the population.”

Indeed, forces within the Trump Administration have been moving full tilt towards establishing a ban on travel from predominantly Muslim countries. President Trump repeated loudly and often that he wants to see undocumented immigrants, mostly Hispanic, removed from the United States. President Trump has recently fought to obtain voting records presumably to engage in suppression of voters from minority or “illegal” and “fraudulent” groups. Mihara sees it all as part of a growing view that Others are to be feared and kept away.

“I don’t think Trump is driving it but I think it’s a convenient solution to a problem,” Mihara says. “It appears a better solution has not been found. That’s my concern. And that’s what happened during World War 2. It was a convenient solution. The hysteria combined with people willing to go over the Constitution to do this is a lethal combination. And that’s where we are at today.”

Nicholas Garton is a Madison College student and a reporter in the Madison365 Academy.