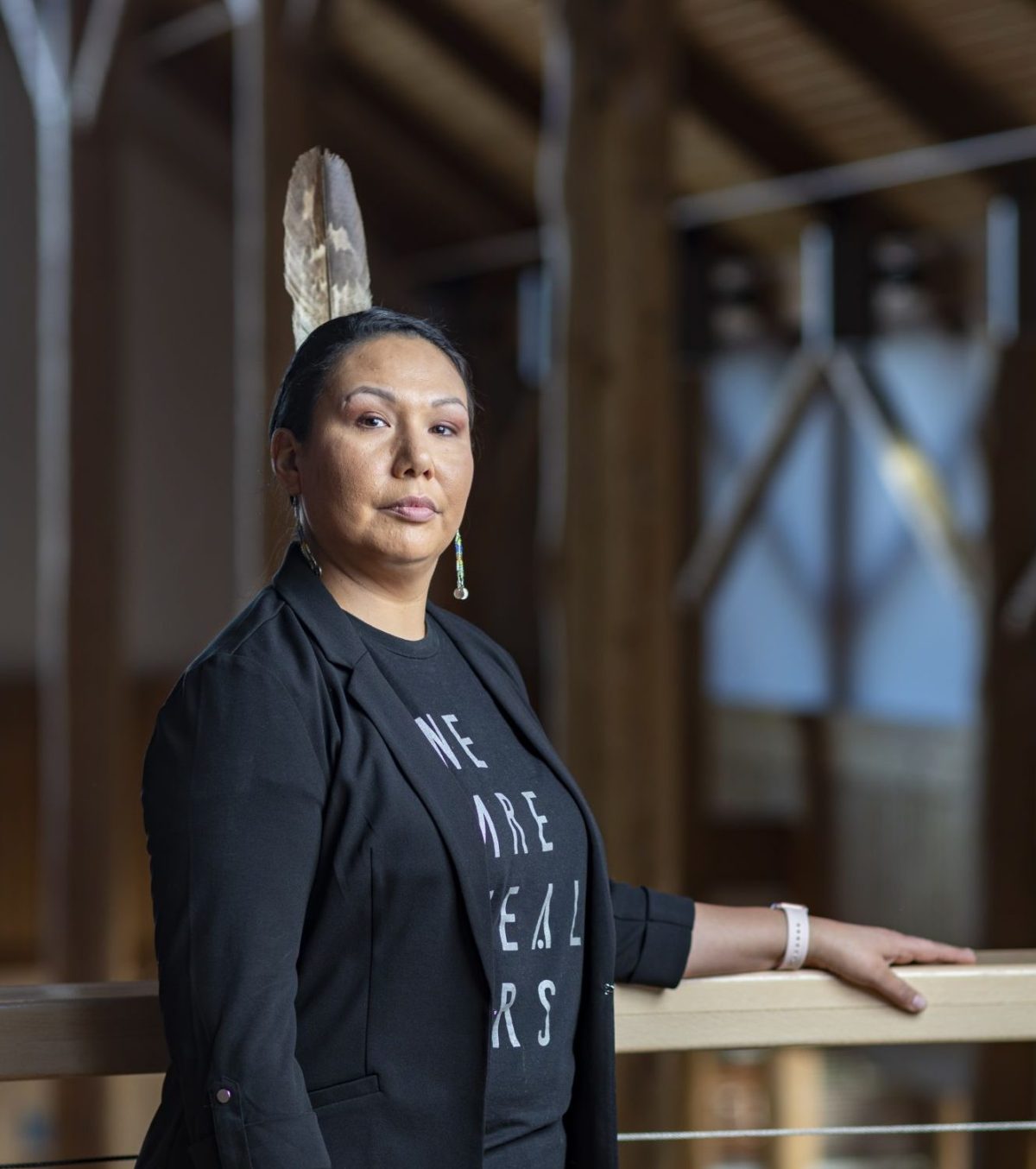 The Ho-Chunk Nation’s Department of Health has been declared a “shining star” among providers in the U.S. Indian Health Service, and executive director Kiana Beaudin is proud to serve her tribe as the department’s guiding light.

Beaudin is in her first year in the department’s top job. She directs partnerships and health care services that serve the Ho-Chunk Nation’s more than 7,800 tribal members and communities across 18 counties in Wisconsin and Minnesota.

She brings nearly a decade of experience in family medicine to the role. Beaudin is pairing her personal passion for patient care with the opportunity to address health disparities for American Indian populations across the nation.

“Helping individuals change, that’s all about finding their motivation and what they want to do,” Beaudin says. “Making the switch from patient care to policy, I can effect change on a larger level.”

Previously, as a physician assistant at the Ho-Chunk Nation House of Wellness Clinic, Beaudin turned big ideas into best practices. For example, she incorporated the Ho-Chunk language into clinic care. And she created cultural-awareness training to ensure caregivers understand the perspectives of tribal members, including the use of traditional medicine.

“People need to be exposed to us in a manner that’s respectful, and not with the bias that other populations may carry,” she says.

Beaudin has also earned state and national recognition as a leader in providing medically assisted treatment for people with opioid and alcohol-use disorders. She helped patients navigate support programs and resources, and when they were ready, she connected them to treatment.

“We’ve really seen a change in the attitude about people who have issues with addiction, from it being a choice to realizing that it’s a disease, really addressing the stigma that surrounds it,” she says. “With heroin or opiates, you never know when could be your last use because of the risk of overdose. It’s taking our young people.”

For Beaudin, connections to the University of Wisconsin run deep. She’s the daughter of two UW alumni, and she is affiliated with the Lac Courte Oreilles Band of Lake Superior Chippewa Indians and enrolled with the Ho-Chunk Nation. The UW–Madison campus is located on lands recognized as a place where Ho-Chunk people lived for at least 12,000 years.

“Going to school on my ancestral land was really a source of power and support for me,” she says. “I knew that prayers had been said for me right where I was.”

While in the physician assistant program, Beaudin says she was the only American Indian student in any of the UW’s medical professional schools (including medicine, nursing, and pharmacy). Today, she’s a mentor and honorary fellow for the Native American Center for Health Professions, which she credits for remarkable growth in the number of Native American students now enrolled in the UW’s nursing and medical programs.

For several years, Beaudin also volunteered as a preceptor, hosting a UW–Madison physician assistant student for a rotation at the House of Wellness clinic. Students posted there learned about direct patient care while immersed in the American Indian community.

In 2019, the UW’s PA program named her Outstanding Preceptor of the Year.

“It’s paying it back to the people who have come before me, paying it forward to the future providers, and then also ensuring that Native American people get the best possible care,” she says. “I couldn’t have come to where I am today if it wasn’t for people doing the same thing for me.”

Recently promoted to executive director of health for the Ho-Chunk Nation Department of Health, Beaudin has been been a key player for a variety of outreach projects, including:

Read the full article at: https://leaderregister.com/forward-under-awarded-at-madison-founders-day-celebration-p2289-117.htm