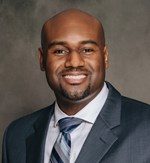 MADISON, Wis. — Michael Jackson, whose 15 years of experience in sales, marketing and business development includes the past three years as chief marketing and development officer at Northwestern Mutual, will join the Wisconsin athletic department as an associate athletic director, UW Director of Athletics Barry Alvarez announced.

Jackson, who will oversee development, will begin his new role on Monday, Jan. 13.

“I am thrilled to be adding someone with Michael’s skillset and background to our team,” Alvarez said. “He is a talented business leader, who also has a background in college athletics. He will be a great fit and I look forward to welcoming him back to Madison.”

Jackson was responsible for leading the marketing and growth strategy for Northwestern Mutual’s largest geographic region, which includes a team of more than 125 financial full-time advisor teams. Collectively they have more than $30 billion of life insurance coverage in force and manage nearly $7 billion in assets under management.

“It is an honor to have been a part of such memorable teams and moments in Badger history, and it has brought great joy watching the department grow to become one of the most prominent in all of college sports,” Jackson said. “I look forward to working with Coach Alvarez, his team of great leaders, and the larger UW-Madison community as we embark on a journey toward even greater heights.”

Jackson is a former two-sport student-athlete at Wisconsin, where he was a member of Big Ten champion basketball and track and field teams. He also earned numerous accolades across campus in various leadership positions such as student government and several registered student organizations. He earned an MBA from the Wisconsin School of Business with a concentration in brand management. During his tenure in graduate school, he served as the co-chair of the UW Diversity Plan, which was a campus wide initiative to update the school’s diversity & inclusion strategy. Active in the community,

Jackson is a former volunteer of the year recipient at the Boys & Girls Club of Dane County.

Jackson is a member of Alpha Phi Alpha Fraternity Inc., and his wife, Dr. Sherrelle Jackson, DNP, is a charter member of the Sigma Xi Chapter of Alpha Kappa Alpha Sorority Inc., at Charleston Southern University.