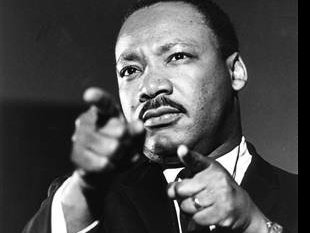 The annual celebration of the life and legacy of the late civil rights leader includes the official state ceremony at the Capitol. Hosted by Wisconsin Public Radio host Jonathan Overby, the event features a keynote by University of Illinois professor of music Ollie Watts Davis, and performances by the MLK Women’s Mass Choir, Fall Gospel Fest Choir and SistaStrings. The Madison/Dane County event at Overture kicks off with freedom songs at 5 pm and a program at 6 pm with a keynote by activist and sociologist Joyce Ann Ladner. The King Coalition and other organizations host more events beginning on Friday, Jan. 17; for schedule: facebook.com/kingcoalition.

Wisconsin celebrates the life and legacy of Dr. Martin Luther King, Jr. live from the Capitol Rotunda in Madison, Jan. 20 at noon. Produced, directed and hosted by Wisconsin Public Radio’s (WPR) Jonathan Overby, the 40th annual official state ceremony is the oldest state celebration in the country. “Today, we as a nation are still struggling to overcome the challenges that divide us,” said Overby. “This event, perhaps more so than any other in the past, seeks to bring healing, stand firmly for justice, and celebrate the human spirit here in Wisconsin, across our nation and around the world.”

Ollie Watts Davis will deliver the keynote address. Davis is the distinguished professor of music at the University of Illinois, where she serves as professor of voice and is the music director and conductor of the Black Chorus. She is a recording artist and has performed with orchestras and operas internationally. Her work also includes a mentoring curriculum for young women, Talks My Mother Never Had With Me.

Joining Davis on the platform will be Gov. Tony Evers, the MLK Women’s Mass Choir, the Fall Gospel Fest Choir and the acclaimed Milwaukee duo SistaStrings.

The MLK Tribute & Ceremony is free and open to the public with limited seating and standing. People throughout the state can listen live on all WPR stations and at wpr.org. PBS Wisconsin’s Wisconsin Channel and pbswisconsin.org will also carry the event live. A one-hour highlights broadcast airs on PBS Wisconsin’s flagship channel at 9 p.m.  Find details at wpr.org/mlk

Keynote speaker: Civil rights activist, author, civil servant & sociologist Joyce Ann Ladner’s life has been shaped through her first-hand involvement with the civil rights movement in Mississippi, including her work as a staff member alongside Bayard Rustin and other civil rights leaders that organized the March on Washington in 1963. As a teenager, she helped organize an NAACP Youth Chapter in her hometown, she was expelled from college for organizing a civil rights protest, and she was jailed for attempting to integrate an all-white church.

She was a friend and worked with slain civil rights leader Medgar Evers, as well as civil rights pioneers Fannie Lou Hamer and Ella Baker. As a field secretary for the Student Nonviolent Coordinating Committee (SNCC), she was on the front lines of most of the major civil rights protests of the sixties. She was on the stage when Dr. Martin Luther King delivered the “I Have A Dream” speech. An eminent sociologist, she was a pioneer in the study of the intersectionality of race, gender and class. Her book Tomorrow’s Tomorrow: The Black Woman was the first book published in African American Women’s Studies and is now an American classic.