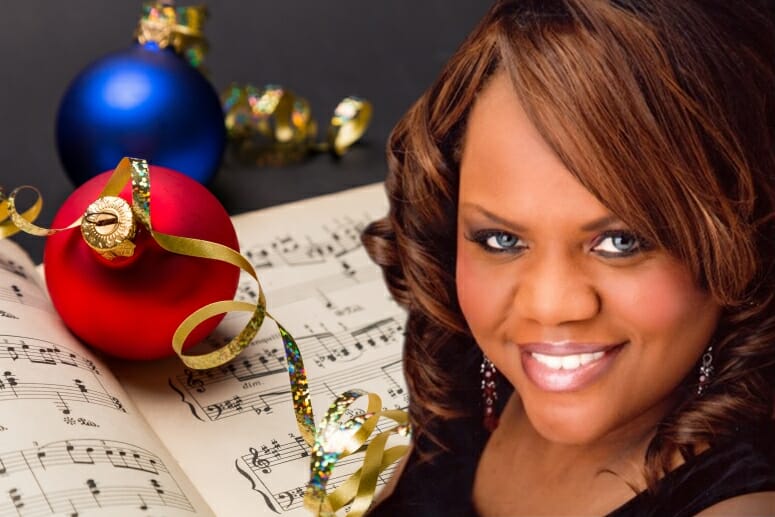 Prenicia Clifton’s father loved telling people about his daughter’s accomplishments as an opera singer. He attended every performance he could, always sitting in the front row.

When cancer brought him to the end of his life in 2011, he whispered a final wish to his daughter. “Don’t visit my grave,” he told her. “Honor me in song.”

Proceeds from the concerts always benefit charity. This year, the money will go toward the Jacqueline DeWalt Scholarship Fund. DeWalt, who died in 2017, was a longtime community and education advocate and the former executive director of the UW–Madison Precollege Enrichment Opportunity Program for Learning Excellence (PEOPLE). Clifton considered DeWalt a mentor and close friend.Clifton, a UW–Madison alumna who works in the Division of Continuing Studies, has been doing that ever since with an annual “Songs for Hope” concert. She calls it a holiday gift to the community in honor of her late father, Prentess Clifton, who taught in Kansas City high schools. This year’s concert will be at 7 p.m. Dec. 14 at Collins Recital Hall in the new Hamel Music Center at UW–Madison.

“My dad and Jackie were very alike in that they considered all children as their own,” Clifton says. “They shared a common passion of investing in the lives of children. From teaching to mentoring, they both taught me what it means to invest in my community.”

Clifton, who has sung opera since childhood, earned a bachelor’s degree in music from UW–Madison in 2004. As a freshman, she was looking for a job and applied to be a PEOPLE tutor. DeWalt, Clifton says, urged her to think of a broader role. Clifton went on to spend the rest of her college career working part time for PEOPLE, teaching classes in music theory, vocal performance, stage presence and self-esteem to high school students in the precollege program.

After college, Clifton embarked on what she calls her dual career — singing opera professionally while also continuing to work for precollege and youth development programs, often in the role of music instructor. She has performed in 10 Kansas City Lyric Opera productions and three Chicago Lyric Opera productions. For four summers, she performed with the Black Opera Voices Tour in Italy, France and China. Career highlights include opening opera houses with Plácido Domingo and becoming the first African American to sing in a Chinese opera house solely in Mandarin.

The theme of this year’s concert will be ‘Rising Up to Reach Back,’ a phrase that Clifton says will be familiar to anyone who knew Jacqueline DeWalt.

Her dual career led to her current position at UW–Madison, where she is the director of precollege and youth program compliance in the Division of Continuing Studies. DeWalt had encouraged her to apply for the position during their last conversation in September 2017, Clifton says.

The theme of this year’s concert will be “Rising Up to Reach Back,” a phrase that Clifton says will be familiar to anyone who knew DeWalt.

“She always reminded people that as you go on, be sure to pull people up behind you,” Clifton says.

Clifton is embracing the approach at the concert by inviting younger artists to perform with her. Among them will be teenager Airin Beals, a singer-songwriter, and Lexus Annette, a 22-year-old violin player.

“I do feel it is important to help younger artists build their résumés by giving them performance experience,” Clifton says. “And it’s important to show audience members the stages of development of an artist. We don’t all just wake up knowing how to do what we do.”

For her part, Clifton says she plans to perform a couple of traditional holiday songs (including “Ave Maria”), as well as opera pieces, one in Chinese and one in Italian. She will be accompanied by Madison composer and pianist Scott Gendel.

This is the second consecutive year Clifton has presented the concert in Madison. Prior iterations were in Kansas City and Chicago.

The suggested ticket donation is $20 for adults and $10 for children. However, Clifton says she does not want money to be a barrier. It is more important, she says, that the concert is accessible to everyone in the community. Ticketing and donations will be done at the door. Cash, check or charge will be accepted. For more information, contact Clifton at prenicia.clifton@wisc.edu.