Florence Bascom shows off a tool of her trade: a Brunton compass. During her work with the U.S. Geological Survey, she placed benchmarks like the one pictured below, which denoted a site’s exact elevation. FLORENCE BASCOM PAPERS, SMITH COLLEGE

There’s an apocryphal story about what set Florence Bascom 1882, 1884, MS1887 on her rocky path to a career in geology. The story goes that her father, John Bascom, took her to Mammoth Cave in south-central Kentucky, and the trip made such a deep impression on Bascom that she was determined to pursue science from then on.

But not all historians agree that the trip ever happened, much less during her childhood. Instead, Bascom was initially drawn to other fields of study, obtaining an arts and letters degree from the UW shortly after her father took over as university president in 1874 (and pushed for full coeducational status for women).

After graduating, Bascom spent a year in Madison “engaged in social activities” before her father encouraged her to return to school and pick a more lasting direction for her interests. (They may also have visited “a cave” around this time.) She returned to the UW for a second bachelor’s degree, this time in science, followed by a master’s in geology. She became a protégée of Charles Van Hise 1879, 1880, MS1882, PhD1892, then an assistant professor.

Bascom’s next step wasn’t easy. After a couple of years teaching in Rockford, Illinois, she applied to the PhD program at Johns Hopkins University, which until then did not admit female students. Through her father’s connections, a special exception was made for Bascom, though she had to sit behind a screen in classes to avoid “distracting” her male classmates. Ultimately, in 1893, she was the first woman to earn a doctorate from that institution. Her influential dissertation was on metamorphosed lava flows. 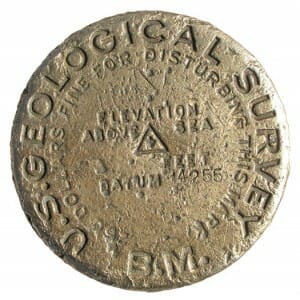 “The fascination of any search after truth lies not in the attainment, which at best is found to be very relative, but in the pursuit, where all the powers of the mind and character are brought into play and are absorbed in the task,” Bascom wrote. “One feels oneself in contact with something that is infinite, and one finds a joy that is beyond expression in ‘sounding the abyss of science’ and the secrets of the infinite mind.”

Bascom went on to become an expert on crystalline rocks in the Piedmont area of the Appalachian Mountains, and some of her surveys are still in use by geologists today. She balanced academic posts at various institutions with positions at the U.S. Geological Survey and other professional associations.

However, Bascom’s biggest influence was in the classroom. Recruited to the prestigious women’s college Bryn Mawr in 1895, she spent the rest of her career establishing — and protecting — a geology department that graduated a small but dedicated number of female geologists. When the college president threatened to shutter the department due to low enrollment in the early 1900s, Bascom’s students raised a substantial amount of money to save it.