Skip to main content
University of Wisconsin–Madison
By Doug Erickson

Shiloah Coley attributes her strong work ethic to her Afro-Caribbean family. Her Grandma Wanna, she says, stressed that any task, from homework to making the bed, was worth doing well or not at all.

Grandma Wanna must be very proud today. Coley, a junior at the University of Wisconsin–Madison, has been named a Truman Scholar, one of the most prestigious undergraduate honors in the country.

Coley is one of 62 winners chosen this year from 840 candidates nominated by 346 colleges and universities — a record number of both applications and institutions. The 199 finalists for the award were interviewed in March and early April at one of 16 regional selection panels. 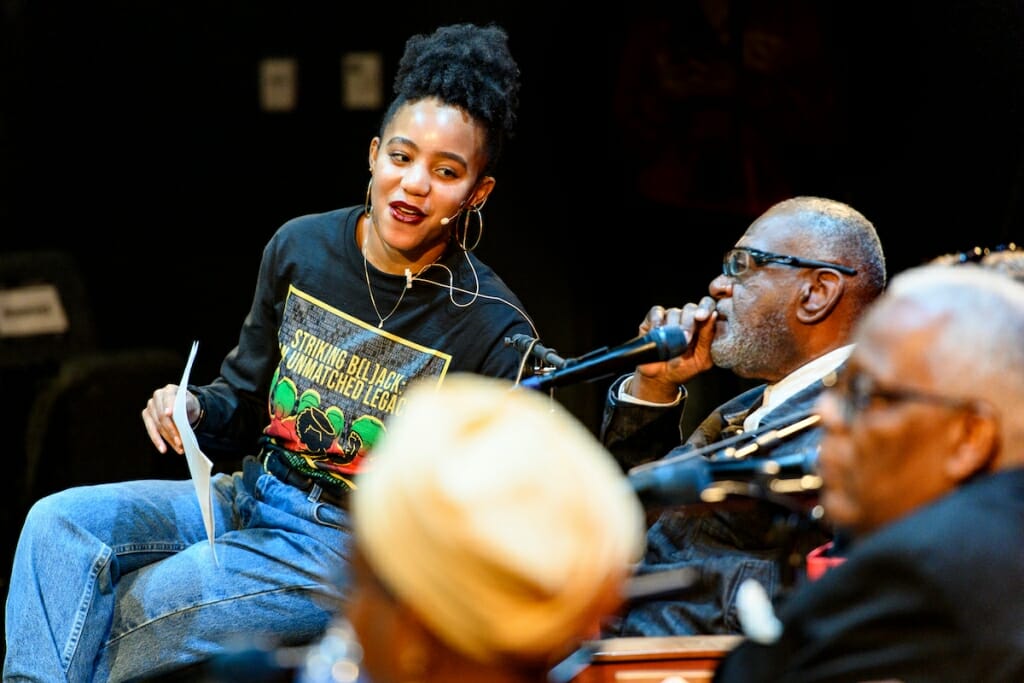 UW–Madison had two other finalists this year: Claudia Koechell of Oshkosh, Wisconsin, and Mackenzie Berry, of Louisville, Kentucky, both of whom will graduate in May.

The Harry S. Truman Scholarship Foundation was created by Congress in 1975 to be the nation’s living memorial to President Harry S. Truman. The foundation’s mission is to select and support the next generation of public service leaders. Coley, of Olympia Fields, Illinois, will receive a $30,000 scholarship toward graduate school and the opportunity to participate in professional development programming.

Coley attributes her strong work ethic to her Afro-Caribbean family. Her Grandma Wanna, she says, stressed that any task, from homework to making the bed, was worth doing well or not at all.

Coley intends to pursue a doctorate in sociology, researching the impact art programming, access to arts education, and public art practices have on low-income communities of color. She has enjoyed making art her whole life — drawing, painting, writing — and seeks a career that merges those skills with her love for community-based work. She is majoring in journalism, with certificates in studio art and African American studies.

“I was blessed to have such an incredible arts education growing up, and I know there are so many kids who don’t,” she says. “For me, the challenge was, how can art be a form of service? How can I figure out how to use my talents as an artist and take them back to the community?”

The answer began coming into focus during the summer after her freshman year when she conducted research in Brazil with Professor Luis Madureira on the role of graffiti artists in human rights work. Additional opportunities have helped Coley see firsthand how art can build community across cultures.

She spent the spring semester of her sophomore year interning at the Madison Children’s Museum, where she helped children make art about their daily lives. She then took the art to South Africa, where, for the second part of her internship, she had children there make art about their daily lives. The art created by both groups of children was later displayed at the Madison Children’s Museum.

She also worked with the Metropolitan Museum of Art to have the South African children recreate images from the museum’s collection. However, as Coley began work on the project, she realized there were few images of children of color in the Met’s archives. This led to a new spin on the project.

“I selected images of children playing and portraits of children and kids with their families,” she says. “The children then got to select which image they wanted to recreate, but I asked them to insert themselves, their families, or their friends to give them some control over the narrative of the piece.”

Coley says just being a finalist for a Truman Scholarship meant a great deal.

“My research interests are very niche,” she says. “There aren’t a ton of people doing arts-based research in the U.S. right now. This did a lot for my confidence in the work I’m doing.”

“For me, the challenge was, how can art be a form of service? How can I figure out how to use my talents as an artist and take them back to the community?” – Shiloah Coley

Coley is attending UW–Madison as a member of the Chicago cohort of the Posse Scholars Program. The national effort recruits public high school students with extraordinary academic and leadership potential who may be overlooked by the traditional college selection process. UW–Madison has been a partner institution since 2002, the first major public research institution to join the program.

Coley is the co-editor-in-chief of The Black Voice, a student-run publication. This academic year, she was among 10 student journalists who helped the university produce a major project commemorating the 5oth anniversary of the Black Student Strike on campus. She is also an intern at the Multicultural Student Center.

This summer, Coley will conduct qualitative research on community arts programs in Providence, Rhode Island, as a participant in The Leadership Alliance at Brown University.

She will receive her Truman Scholarship award May 26 at the Harry S. Truman Presidential Library and Museum in Independence, Missouri. Recent Truman Scholars from UW–Madison include Jordan Madden (2017-18) and Deshawn McKinney (2015-16). A complete list can be found here.