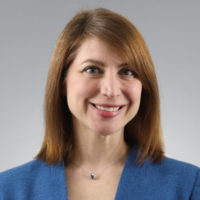 As Assistant Dean for Student Affairs, Emily Kite is a primary point of contact for students with academic, personal, or professional issues. Prior to moving into the Student Affairs role in August 2017, Emily served as Director in the Office of Career and Professional Development Office at the Law School. Before joining the Law School, Emily spent five and a half years as a litigation associate in Willkie Farr & Gallagher LLP’s New York and London, UK offices. At Willkie, Emily worked on matters involving issues of copyright, antitrust, accounting regulation, and the Foreign Corrupt Practices Act. Emily also advocated pro bono in domestic violence and criminal appeals cases. In 2012, Emily worked as a field organizer in Western Pennsylvania as part of the 2012 U.S. Presidential Campaign.

Emily graduated in 2006 from the Columbia University School of Law, where she was a Harlan Fiske Stone Scholar. Emily was a Managing Editor for the Columbia Journal of European Law, a board member of Columbia’s Domestic Violence Project, a student advocate in the Prisoners & Families Clinic, and a Student Editor for Columbia’s First Year Moot Court Program. Emily also interned at Legal Momentum (The Women’s Legal Defense and Education Fund), as a Public Service Fellow, and at the U.S. Attorney’s Office for the Southern District of New York. Prior to law school, Emily attended Wake Forest University, where she graduated, cum laude, with a B.A. in Political Science. She minored in Journalism and German, and studied for a semester in Vienna, Austria. She will gladly talk with you about travel and cheese.