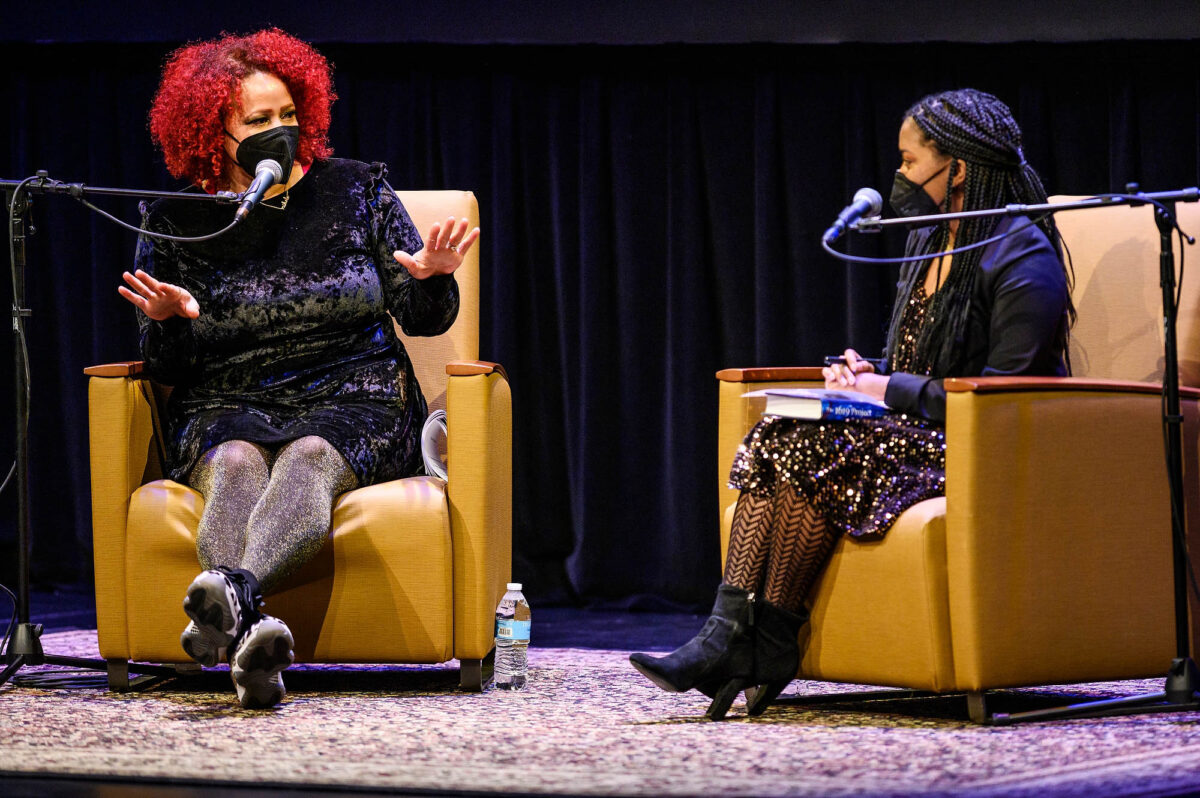 Journalist and historian Nikole Hannah-Jones, Pulitzer Prize-winning creator of The 1619 Project from The New York Times, presented the 2022 UW–Madison MLK Symposium for an in-person and virtual audience at the Memorial Union on Tuesday, Jan. 25. Read coverage of the event from student and local news media publications below.

Paris Wicker, a doctoral student in the School of Education, listened to the speech in Shannon Hall and said she felt encouraged after listening to Hannah-Jones speak.

“It was just really important for me to come in and see how she maintains, how she continues to keep going in the face of all this adversity,” Wicker said. “Because it’s a moral obligation for us to be able to tell the truth.”

There is a vast discrepancy between King’s actual ideals and those which are prescribed to him posthumously.

In an interview with The Daily Cardinal and other student media, Hannah-Jones stated that “most of us actually have no idea who Dr. King was… our image of him has been strategically curated, often in service of those who are opposed to the things that he actually fought for.”

During his time, MLK called for a redistribution of economic power, the end of the military-industrial complex and a complete dismantling of systematic racism, Hannah-Jones said. But because MLK’s philosophy was so radical, conservatives and white moderates diluted his legacy, reducing it to platitudes about non-violence and being colorblind.

‘We must act,’ says 1619 Project’s Hannah-Jones at UW-Madison – The Capital Times

“If we are a truly great nation, how could the truth destroy us? Why would we have to hide from it?” she asked. “Great people acknowledge what they’ve done, and then they work to fix it. What will destroy us are the lies that we maintain.”

MLK Symposium: Seeing Martin Luther King Jr. for what he truly stood for